Laser-cut keys, like many modern basic keys, also have built-in transponder chips that need to be programmed. Laser-cut keys are becoming more popular for their security and functional features, but they are also more expensive to replace, often around $200 or more.

Switchblade keys are also becoming increasingly popular among car manufacturers. Switchblade keys are not much different from transponder chip keys in terms of function, but they have blades that fold into the fob when they are not in use. Usually, the key holder presses a button on the fob that causes the blade to pop out. The blade can then be re-folded into the key fob when not in use. Switchblade keys use either basic or laser cut key shanks. The type of shank on the switchblade key can affect the replacement cost, as laser-cut blades are more specialized than basic blades.

Switchblade key components can usually be purchased separately, which can be convenient if either the blade or the key fob is damaged or defective. However, if you lose your key entirely, a replacement can run between $200 and $300 for both components together, including programming costs.

Smart keys are wholly electronic vehicle entry and starting systems that do not have the traditional key blade attached. Instead, smart keys communicate electronically to unlock the vehicle and start the engine. Some smart keys are even able to do this without being removed from the vehicle owner’s pocket through communication with antennas inserted into the vehicle’s body and frame, though others do require insertion into the dashboard.

Smart keys were first introduced into the market in the late 1990s, and have since gained popularity among car manufacturers. Smart keys use ‘rolling security codes’ that make replication and theft nearly impossible. In fact, smart keys are only able to be replaced by car dealerships, making them some of the most difficult and expensive keys to get a replacement for. Some smart key replacements can cost up to $400, although others will be closer to $250.

What Should You Do to Minimize Cost?

Being prepared is the best way to prevent a key-related emergency. It is a good idea to always make sure you have at least one, if not two, spare keys that are easy to access in the event that you lose your primary key. In the event of a lockout, it is easy to incur costs that could be otherwise avoided by proper preventative methods, including tow costs and labor costs. In addition, if you lose the only key to your vehicle, you run the risk of having to replace all of the locks and even the ignition on the car, which can easily cost upwards of $1,000 and will require a significant time investment on your part.

The Key Guy Mobile Locksmith promises a superior service experience for each customer. Just give us a call whenever you are experiencing a lock or key issue, and we will work to find a solution that is affordable, effective, and quick. When you have a problem, we have a problem, and we promise to work hard to make sure a solution is found as quickly as possible. It is our goal to provide an unbeatable customer service experience to each of our clients. We want to do everything we can to make sure you are happy with the results and confident in the security of your home or vehicle. 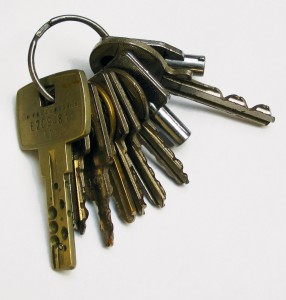 smith is certified and thoroughly vetted to ensure that they have the skills and knowledge necessary to assist all of our clients. You can feel confident that the locksmith that arrives at your home completely understands their job and will be able to provide a fast and cost-effective solution for any security issue that arises with your home, business, or vehicle.

Whenever you find yourself in need of a master locksmith at your residence, call The Key Guy Mobile Locksmith for reliable, affordable, and ethical locksmith services. If you need convincing, just check out some of our reviews! We leave our customers satisfied.

The Key Guy mobile locksmith is owned by an outstanding certified locksmith. The company is insured and bonded, which is something that you should look for no matter who you end up hiring for the job.

The labor can be done where you are located in an instant. Our mobile locksmiths will come to you and provide you with the services that you need. Your locksmith will be able to service any type of locking hardware including locks for a private home, a vehicle, or a commercial building.

When it comes to choosing a locksmith there are several things that you will want to make sure to consider. Finding a quality car locksmith in the Tracy area is going to take a little more time than opening up a phone book and looking for a large advertisement that seems legitimate. Using this method is not only old fashioned; it can also end up costing you a lot of money as these locksmiths tend to be expensive and less experienced.

However, there are some basic pointers that you can keep in mind in case you ever find yourself with your keys in the car or locked out of your house.

You should ask your friends and your family if they have used a locksmith in the past. Recommendations from someone that you trust are one of the best ways to find a reliable locksmith for your needs. On the flip side, friends and family are also likely to steer you away from any locksmiths with whom they’ve had a bad experience. 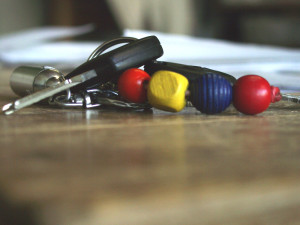 If you’re considering hiring a locksmith in Stockton, Tracy, Manteca, or other nearby counties, you will definitely want to check their qualifications before hiring them to work on your property. Qualified locksmiths have been thoroughly vetted and you can feel secure that your car or home is in experienced and knowledgeable hands.

Additionally, you can always check online and read reviews of each company. It is always a good idea to check several review sources in order to get a well-rounded idea of whether or not the locksmith is one that consistently offers high-quality services.

Finally, you’ll want to make sure the company is bonded and insured. This will help keep you and your car or home safe in the event of a mistake by the locksmith, such as a broken lock or broken window.

Just because a company has a large and eye-catching advertisement doesn’t mean they offer certified and trustworthy services. Some locksmith companies try to scam customers by sending out unqualified locksmiths that end up costing clients exorbitant amounts of money. Other locksmiths have made a name for themselves by providing quality services and maintaining customer relationships. You’ll want to make sure that you aren’t allowing someone who is dishonest or inexperienced access to your property; do your research to ensure that you are hiring a top quality residential or auto locksmith. 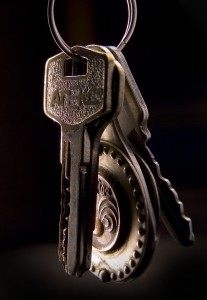 in need of an automotive key specialist is not usually fun. However, there are ways to avoid certain incidents, whether you locked your keys in the car, have a broken key inside of a lock, or another auto key problem. If you do happen to run in to an auto key or lock related issue, or you can foresee one in the future, you will want to seek out a solution as quickly as possible.

Unfortunately, it can sometimes take hours for a car locksmith to arrive on the scene and provide you with a solution. Instead of getting caught unprepared, it is best to address problems before they arise as well as keep a reliable auto locksmith on speed dial.

Three Ways to Protect Yourself From Needing Emergency Auto Locksmiths

Over the last decade, we have seen all kinds of situations that require a locksmith. We would like to offer the following advice to help you manage a lock emergency on your own.

Failing this advice, you can always call on us here at The Key Guy Mobile Locksmith and take advantage of our fast and affordable auto locksmith services. We can easily help with any type of vehicle lockout regardless of the age of the vehicle or key type. You will also find that we have some of the more reliable and professional residential and auto locksmith services in Stockton, Tracy, Manteca, and other nearby communities.

Just keep our number in your cell phone and we will be more than happy to help you deal with any home or automobile lockout emergency. Don’t every worry about locking your keys in your car or house again; know that you have a reliable home and car locksmith at your disposal. At The Key Guy Mobile Locksmith, we have the experience and equipment to deal with a wide variety of locksmith needs that other Stockton locksmiths simply aren’t able to handle, including transponder chip key reprogramming, high-security lock installation, and more.

If you’re ever in need of superior locksmith services in San Joaquin County, one call can get you all the help you need. Turn to The Key Guy Mobile Locksmith and feel confident that your property is in the hands of professionals.